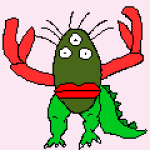 We welcome the initiative of the Board of Directors of SAMS relating the future of the Museum and legacy of Dr. Draskovic to include the Serbian community and Serbian organizations to make a decision regarding the fate of the museum.

At the meeting on April 8th, 2016 in the presence of the Board of Directors of the Humanitarian Organization Bozur Zoran Sakic, Bogic Ristic, Sava Mandusic, Zvonko Ristic, Nesa Radovanovic and Ranko Dabizljevic heard suggestions and unanimously supported the idea that the memory of Dr. Draskovic and his legacy should not be forgotten, but rather that the best way it could be preserved is through the relocation of the Museum. Dr. Draskovic’s desire was to use the house to preserve the Serbian tradition, language and culture. Our members, Sava Mandusic and Mr. Bogic Ristic. who is also the President of the organization United Serbs in Chicago, knew Dr. Draskovic personally. They think that the selling of the house and distributing the money between organizations would be a mistake and injustice against Dr. Draskovic and that any other similar decisions would be against his wishes. Humanitarian Organization Bozur thinks that any decision other than relocation would be wrong and a negative example for future Serbian people who want to give a similar gift to their people. Similar things were done only by Communists. It is neither a small or easy thing to change someone’s legacy and testament. We authorize our representative Nesa Radovanovic to inform you about this decision and help you realize it as the representative of Humanitarian Organization Bozur. We encourage all members of the museum to show unity with this decision and to be successful with this.

Board of Directors HD Bozur